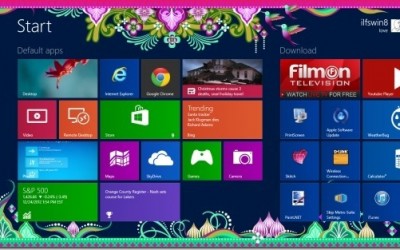 One thing that I did not like about the new Windows 8 start screen is that, you cannot change the start screen background in Windows 8 by using your own custom background and instead you are provided with a limited set of wallpapers by Microsoft. 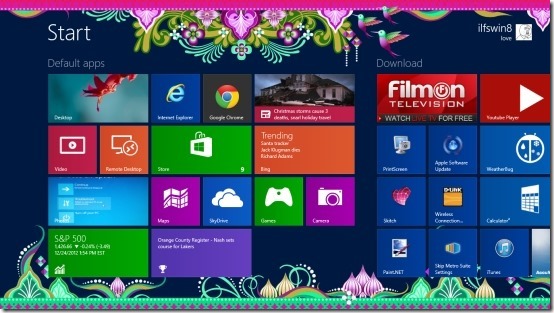 Anyway this is a very simple tutorial and will be over in a few steps; so go through this post and then customize and personalize Windows 8 start screen by changing the start screen background in Windows 8.

Now that you have the charm bar open just click on the settings buttons which is located at the bottom most part of the charm bar as pointed out in the screenshot above. After you have performed this step it will open up the settings panel as shown in below.

Now you will be presented with three options; as seen in the screenshot below. Just click on the option that is called start screen as pointed up in the screen shot. Now you will have a window as shown above.

To change the background just select the one that you like from the set provided by Microsoft, as pointed out in the screenshot below. 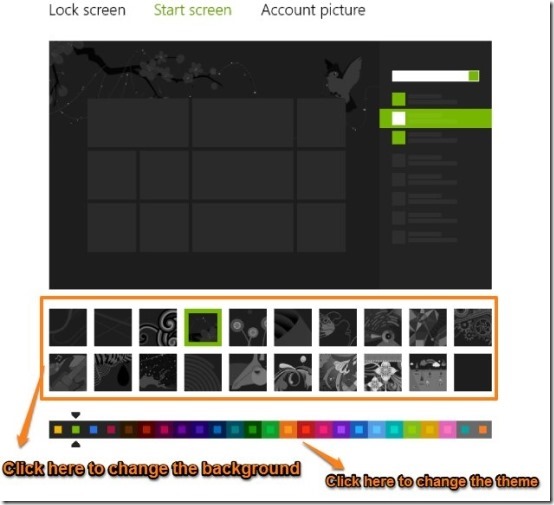 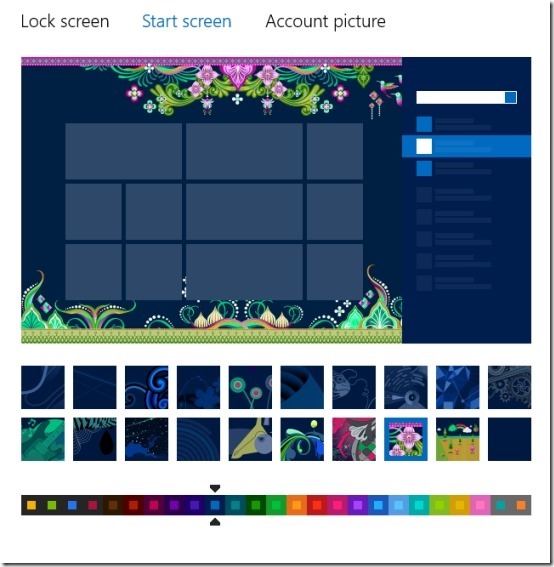